With AAP I want people to look different visually and/or politically. In both cases it requires you to think different from what is normal or what is the standard. I remember seeing a documentary where someone explained that some animals can look at the same thing as us, but see it completely different. What he meant by that, is that we can’t see colours outside our spectrum despite them being right in front of us. It made me think about what other things are invisible but are right in front of us as well. It made me want to create my own eyes and Photoshop was the perfect way to create these. The benefit of this program is that you can see the world in whatever way you want to see it. Up and down, dimensions and colours can be changed however you want it to be. It gives me the freedom to shape the world in the way that I want it and make other people see it that way as well.

To give a better perspective of what is behind my work I will explain one of my works called Fossilview. This work is focused on the oil-industry. In de background you can see an oil-stain in “negative”. In the front you see the world with the Middle-East facing you, where of course most oil is drilled. Around the world, as if it is a ring around a planet, is a road with cars. The roundabout suggests it is a vicious circle , and if we don’t change direction it will continue till earth doesn’t suffice anymore and we need to move on to a next planet.

You can follow me and my work on social media: 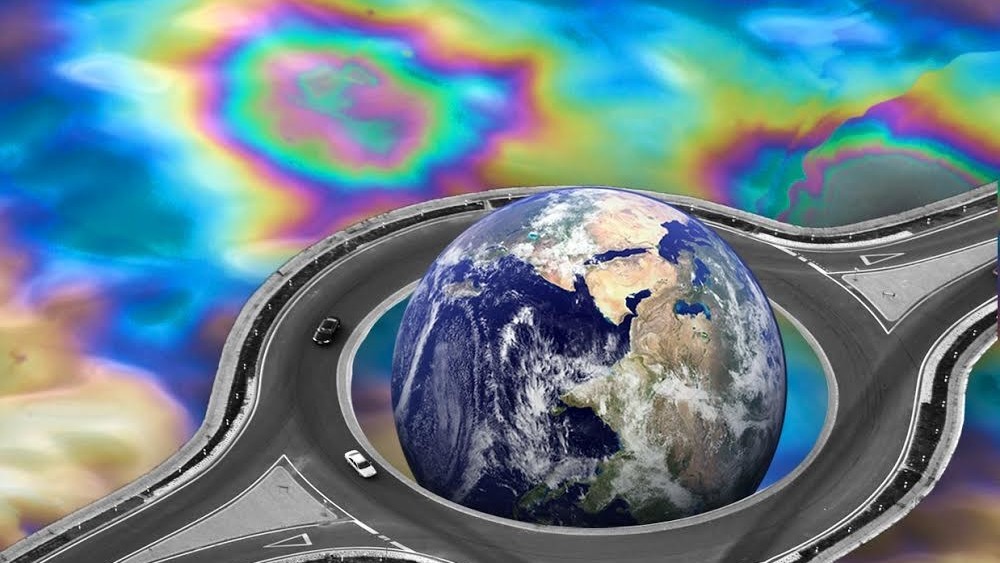