Maybe you’ve seen the posters around BKCity; the One Day Exchange to Amsterdam that was organized by Stylos. The program contained a tour around the new Roeterseiland campus of the UvA and a visit to the graduation show of the Acadamie van Bouwkunst. We decided to sign up, so on Friday afternoon (3 nov.) we were travelling to Amsterdam for this Stylos-trip.

The first part existed of a tour at the recently renovated campus of the University of Amsterdam (UvA). Madelon Doesburg, the project manager behind the renovation, guided us around the Roeterseiland and showed us what the new vision of the design was. It was fun to see how the building was divided in several split sectors. Because of the difference in colors used between the different faculties, it was easy to get orientated in what part of the building you were.

Another interesting part of the design was the cohesion between the interior and the function of a space. The study halls were completely designed on either working together in groups, or working alone in silence. This resulted in a pleasant learning atmosphere; something we could take a look at in our faculty since we often sit mixed.

Next up was the Academie van Bouwkunst, to which we walked via a more touristic route through Amsterdam. On our way there, we made short stops at the Oude Waag (Weigh House) and the book market at the Oudemanshuispoort. Finally we arrived at the Academie van Bouwkunst, where a graduation show of the master students would take place that night. It was interesting to see what the differences, but also the similarities were between our study and theirs. All of the projects were fully forward-thinking and incredibly creative, sometimes almost scimming the border of abstract art. Due to the great diversity in the background of the students, the final projects exposed were extremely varying as well. It was especially interesting to see how they put the focus on the creativity of the ideas, and less on the financial and technical feasibility. Even though it was inspiring to see this certain point of view in their designs, we were happy that the TU Delft stresses the realistic side of architecture as well. 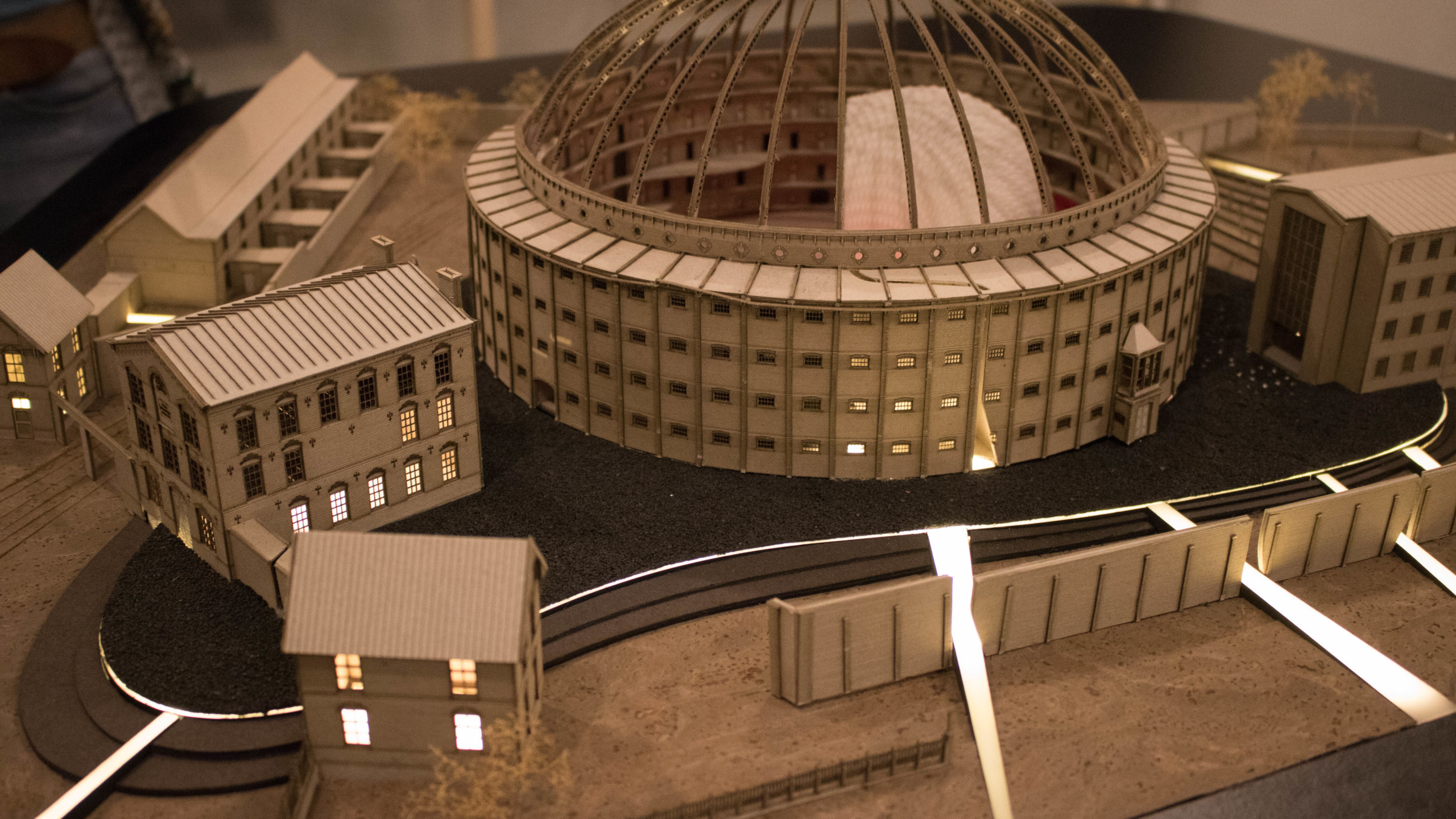