Being a little social for once | ‘Project Flessenpost’

In the beginning of the year, we organized ‘committee interest’ lunches, where we gave away juice bottles made of glass. We collected the bottles when they were empty and put them in a box, with no specific plan. Slowly the bottles were piling up and we figured we had to do something with the bottles.

The idea of the ‘Project Flessenpost’ formed when we wanted to do something creative with them, also Christmas was just around the corner. A time which is known for being together with friends and family and expressing appreciation to one another. In this time, due to the corona crisis, these things are more difficult. We figured that it would be nice to tackle this problem in a creative way. Originally the idea was that students and staff of the faculty were going to paint bottles and write messages for each other.

Maybe you know the feeling: you are working on a project and at an unexpected moment an idea will come to you. That’s what happened to me when I went for a run. We, the board, wanted to be more socially engaged this year. This combined with the idea Nynke and I had previously could develop in a bigger project. It’s known that elderly and refugees can be lonely during the holidays, especially during this time I figured! Why don’t we expand our idea and also give ‘flessenpost’ to elderly and refugees?

After the idea was born and the promotion was made, the painting began. Nynke and I expected that students would be very interested in painting bottles. By this they have an activity in between studying and can be creative in a different way. This turned out to be a romantic idea. It was difficult to convince people to get painting but when we did most of them actually quite enjoyed it. Therefore, Nynke and I organized a painting day with our mothers, who were less difficult to convince. We painted over 50 bottles in one day. We were a little closer to our goal of 254 painted bottles.

In the week before the Christmas holidays, we gave the bottles away. We went to a nursing home, the organization ‘Delft voor Elkaar’ and a classroom where status holders were educated.
We hope that this has given them a little bit of love in these weird times. I speak for Nynke and myself when I say that this we really enjoyed working on this project and giving others a little ray of joy. 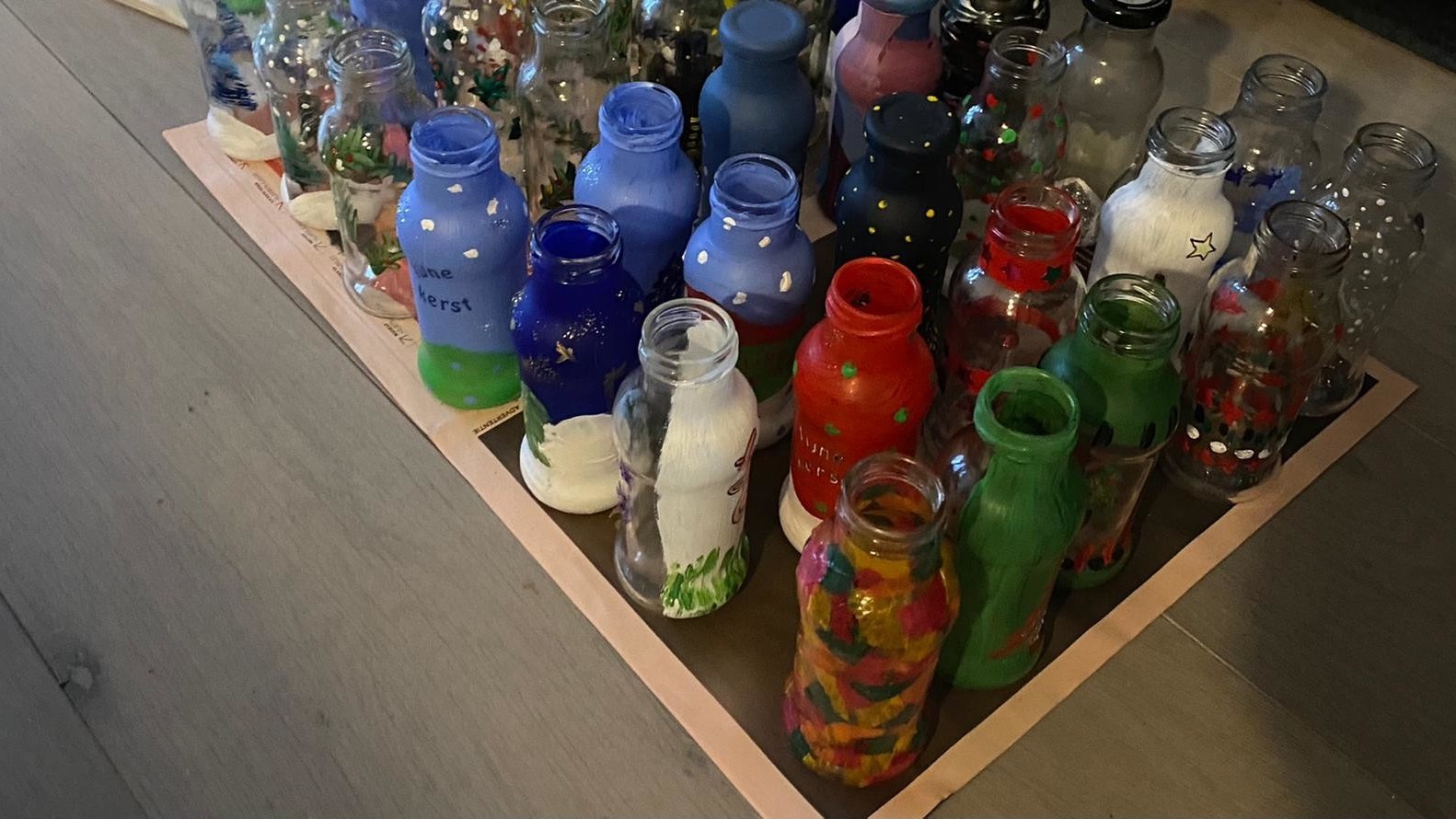