After finishing in 2015 the railway tunnel including the new station and city office, the municipality had the opportunity to close the existing gap between the old city center and the neighborhoods at the westside of Delft. At first Joan Busquets designed the urban lay out to close this historical gap (Masterplan Spoorzone 2003). However in the perspective of the building crisis the urbanistic principles of this plan were to vulnerable. After an competition  the plan “Sight on Nieuw Delft” by Palmbout Urban Landscapes (2012) was chosen as starting point for the architectonical elaboration. The office of Palmbout Urban Landscapes designed a plan in which an important water-element , a canal, was added to the main infrastructural scheme of Busquets. By doing this the plan was clearly divided in 3 different neighborhoods.

The Van Leeuwenhoek-neighborhood is near the city center and situated around the new city-park upon the roof of the railway-tunnel. The new elongated  building-zones are defined by complex mixed-use buildings at the corners of the blocks. These cornerstone buildings together with the urban spaces of the park and the Nieuwe Gracht are defining the main spatial structure of the plan. In between the cornerstone buildings it is possible to realize several different buildings of a yet unknown typology and use. At special points the structure of the elongated  blocks are intersected by  short cuts for pedestrians. This spatial lay out is inspired by the structure of long canals and perpendicular to these canals small alleys of the historic city of Delft. This lay out principle made it possible to facilitate the realization of yet unknown initiatives of developers and self-builders. In times of economic uncertainty this development principle made the plan flexible.

The Van Leeuwenhoek neighborhood is at the westside surrounded by the new canal, the Nieuwe Gracht, an important road with a broad canal from north to south. The Nieuwe Gracht constructs an important new element, which is related  to the historical morphology of Delft, in the spatial structure of Nieuw Delft.

At the westside of the new canal a new neighborhood, called the Coendersbuurt, is already finished. This neighborhood of more or less 100 dwellings in 4 blocks, is partly realized by developers and partly by self-builders. The scale of the buildings and public spaces is almost similar to the scale of the adjacent living-area Westerkwartier. This concept made it possible to develop and build in the period of the building crisis of that time. The parking of cars in the public space is only for visitors. In one of the blocks, the one build by a developer, an parking garage is realized for all the inhabitants of the new neighbourhood. The small streets en quays are free from (parked) cars. This set-up resulted in a nice and calm environment with houses which vary in volume, form and architecture, especially the houses of the self-builders.

The third neighborhood is situated in the southwest part and connected with the after world war II developed living-area de Voorhof. The blocks in this part are bigger and architectonically more coherent and in this way related to the modern scale and morphology of the Voorhof.

All the building blocks in New Delft have, like traditional urban blocks, a formal side at the public space and a more private, informal side orientated to the inner court-yards. In the public space car. The carparking for inhabitants is facilitated  in several collectively and individually build carparkings. One of those car parks will be developed as a hub (mobility as a service). Cars in this parking facility will be as much as possible collective property.

Many trees will be planted in the new public spaces. This will highlight in the new city-park on top of the railway-tunnel. This urban park is an long stretched green public space, which connects the northern and southern part of the Van Leeuwenhoek-neighborhood.

There will be about 1200-1500 dwellings, spaces for offices, cafes and restaurants, shops, hotels and student housing. Besides these buildings the development contains also public spaces and

The quality of the development is guaranteed by a process of guidance by the supervisor and in special cases the city-architect based on several planning documents. Also the transfer of ownership of the building land is only possible in case of an outstanding design.

The project will be finished in the following 5 years, however the completion depends of how the market develops. At the end and  in the years that follow the project will result in an  interesting, appealing and sustainable city which connects the old city of delft with its adjacent living-areas.

Arjaan Hoogenboom, senior urban designer of the city of Delft 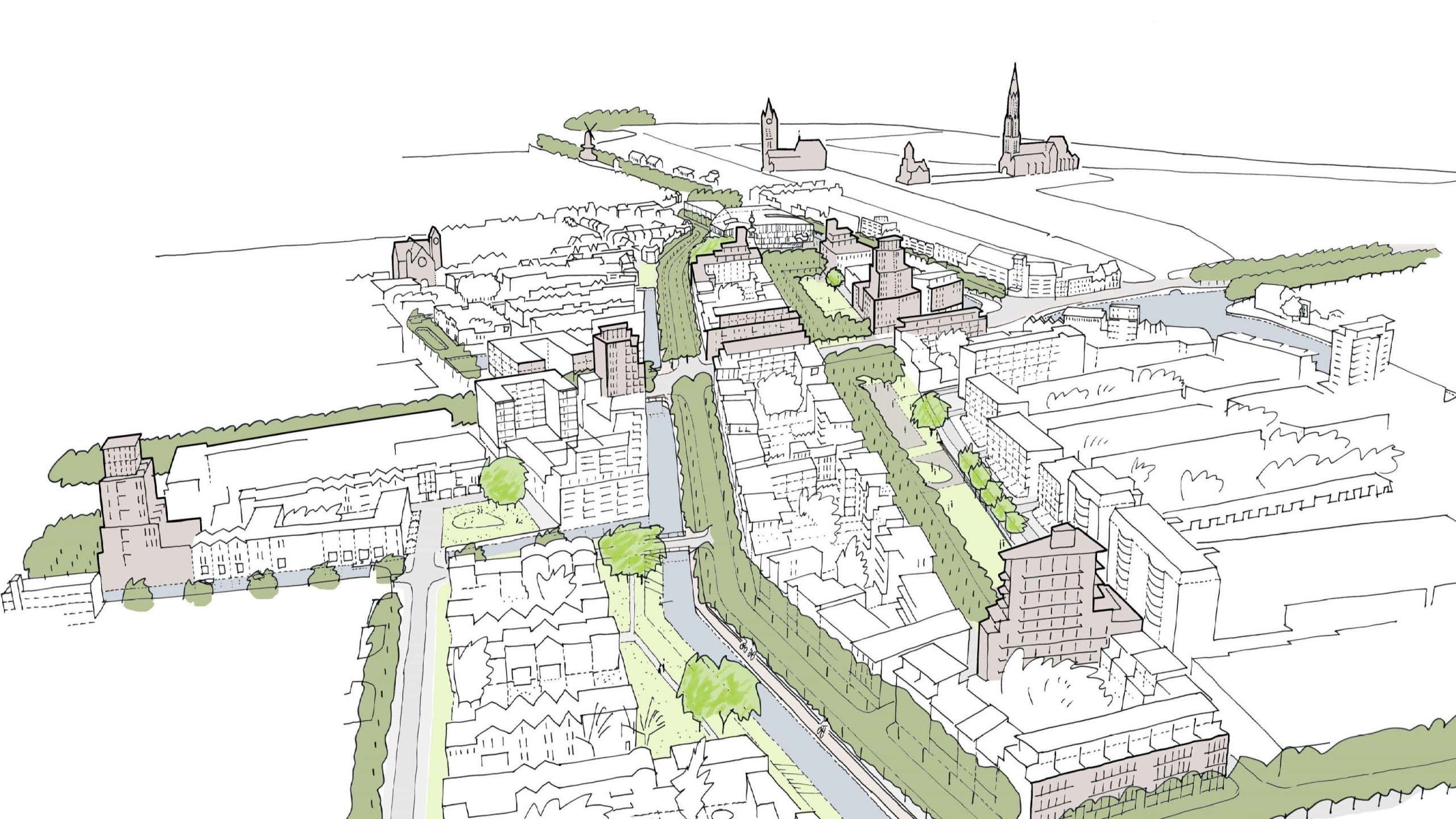